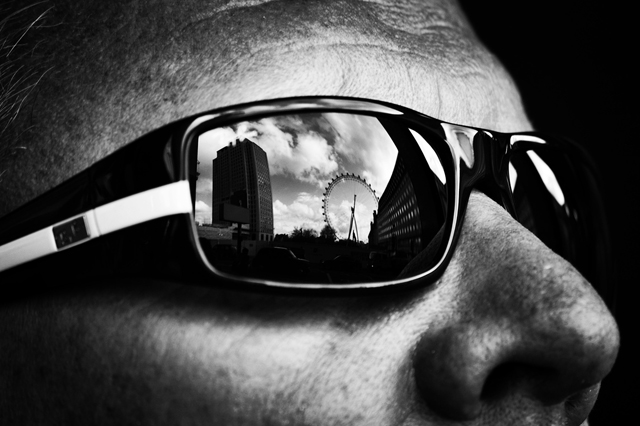 IPPT; the acronym that can provide a surge in adrenaline or a drain in morale. A staple of NSF fitness, the circuit programme has stood as a test of fitness of almost every Singaporean Son. Although the circuit itself has changed drastically, we believe the intensity has remained. For our fit, bespectacled NSFs, here are some handy tips that can help you protect your spectacles on each station.

During push-ups, we always let our confidence get the better of us. We start off swift and fast, and before we know it, we’re panting for air, arms shaking. One major problem that NSFs experience during push-ups are how their spectacles constantly drop off their face, due to the nature of the exercise. With one consistently bobbing up and down vertically, its no surprise many a time glasses have fallen off. We recommend firstly, taking off your spectacles, as the routine does not require sharp vision, but more of mind-muscle connection. Another alternative is to utilise spectacle hooks. With spectacle hooks, your glasses will not drop so easily!

Next come the sit-ups. Sometimes, we don’t know which is worse – straining our arms and chest during push-ups or crunching our abdominal muscles and clenching our heads during sit ups. Either way, sit ups differ greatly from push-ups in motion – from vertical bobbing to horizontal. During sit-ups it’s still likely that your spectacles fall off, but it just wont directly be to the hard ground. However, with constant repetitions, its not uncommon to see one’s spectacles fall from their face, to their shirt, then to the floor. Similar to temple arm hooks, we suggest using rubber bands or hair ties and wrapping them on the end of the temple arm, where it comes in contact with the back of our ears. That way, the grip of the rubber band or hair tie will not allow your spectacles to slide off that easily.

Last but not least, we have everybody’s bane – the dreaded 2.4 KM run. Defined as the pass-or-fail component of the IPPT circuit, many still power through to run their hardest. The natural movement of a person running is enough to make wallets and phones spill out of their pockets. What more spectacles? As such, it’s unsurprising to see many squinty-eyed NSFs jogging or running, with their spectacles held in their clenched fists. One neat trick we suggest is covering your nose-pads with a silicon-like material. The added grip of the silicon against the sweat which inevitably comes will reduce the chances of your spectacles slowly – but surely – gliding off your face by quite a lot!

Although we understand the gruelling task that is IPPT, we believe it’s important for every Son of Singapore to remain fit. Despite these handy do-it-yourself hacks, we suggest you try COOSH! Designed with NSF’s common pain points during routines as IPPT in mind, COOSH’s technology and ergonomics promises to be your loyal buddy for even beyond your 2-year stint. What else are you waiting for Recruit? Get your COOSH on here!